The second expansion for the hit theme park building game Unfair gives you a choice of 4 new theme packs to expand your ride-building possibilities, and a challenging solo mode! 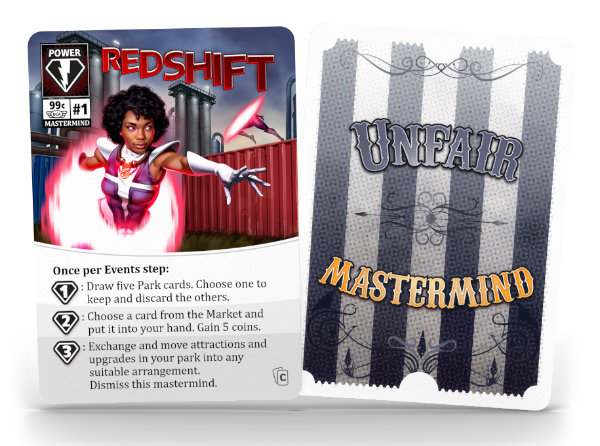 Hacker Theme Pack - Wi-Fi makes all our lives easier, but it may allow illicit access for those with the right tech skills... 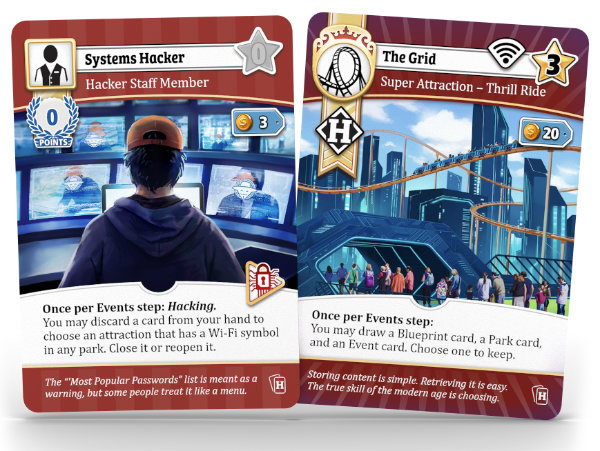 Kaiju Theme Pack - Battle mythical monsters the size of a city block, with an appetite for destruction to match. 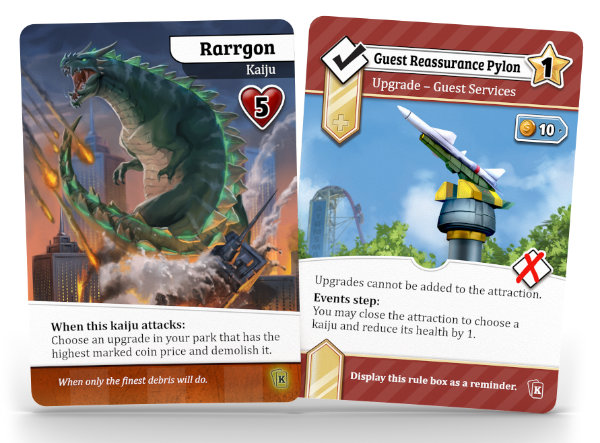 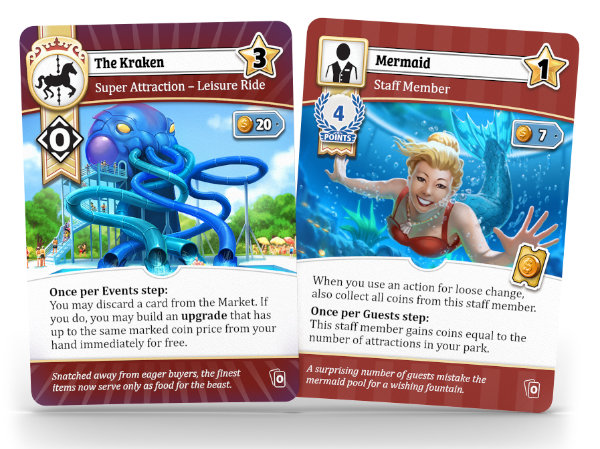 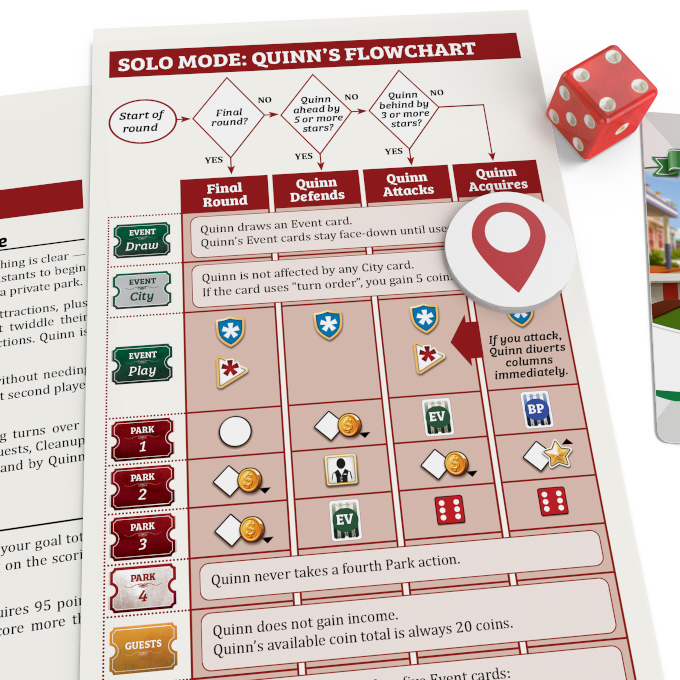 Unfair’s modular replayability offers a fantastically flexible, replayable and valuable framework for solo play. In solo games of Unfair you play with any pair of the now 14 theme packs, to create a very different game each time, with unique mechanisms and cards and a range of new strategy combos to try. That offers an incredible 91 variant games in Unfair’s first solo play mode.

In solo play you build your theme park as usual, while the solo AI Quinn takes actions to hoard various cards from the market by following a simple flow chart. Both you and and your out-of-control theme park hoarding solo rival AI Quinn can use events to attack each other or defend against attacks with points to be gained or lost as you do so. This makes for an interesting puzzle against which to build a theme park good enough to beat Quinn’s changing score.

And with 3 more Unfair expansions and 12 theme packs yet to come, and more solo modes to use them in in the future, things will only get bigger. 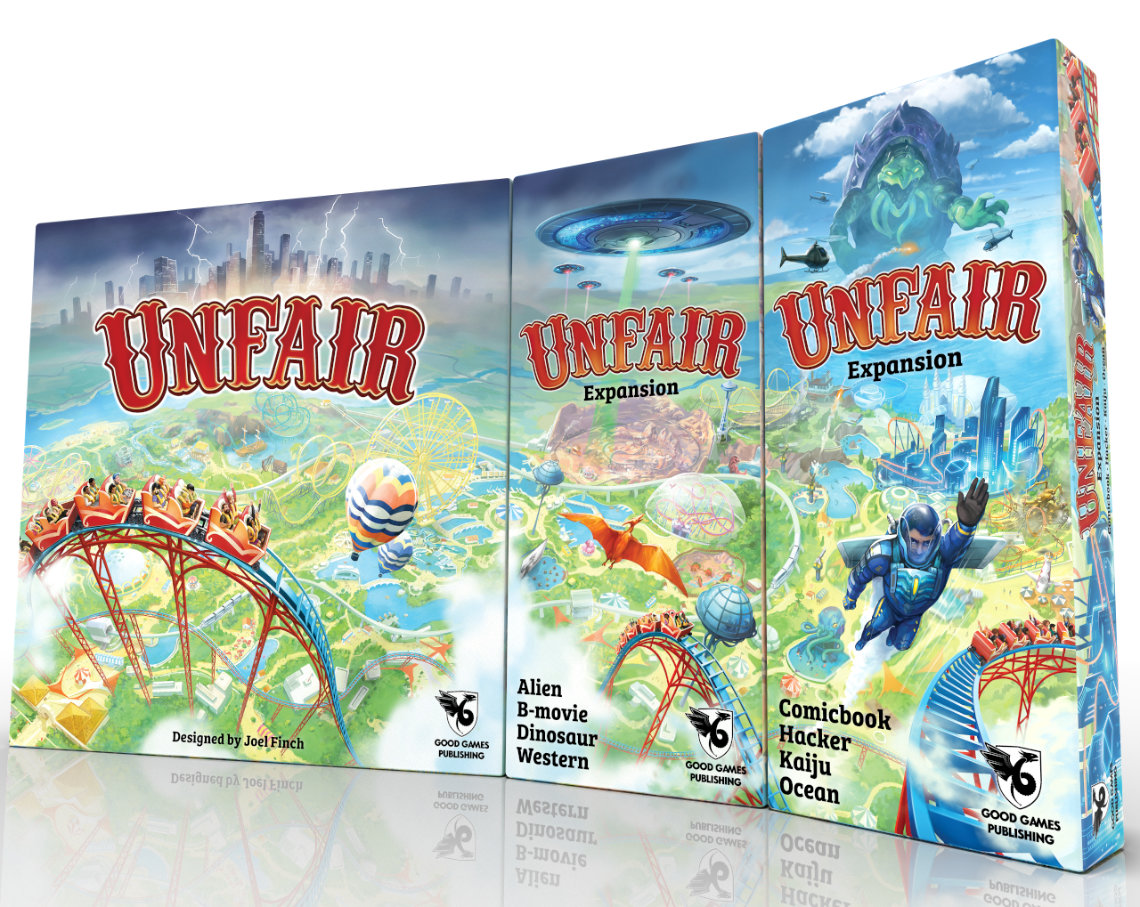 Requires 1 copy of Unfair to play. 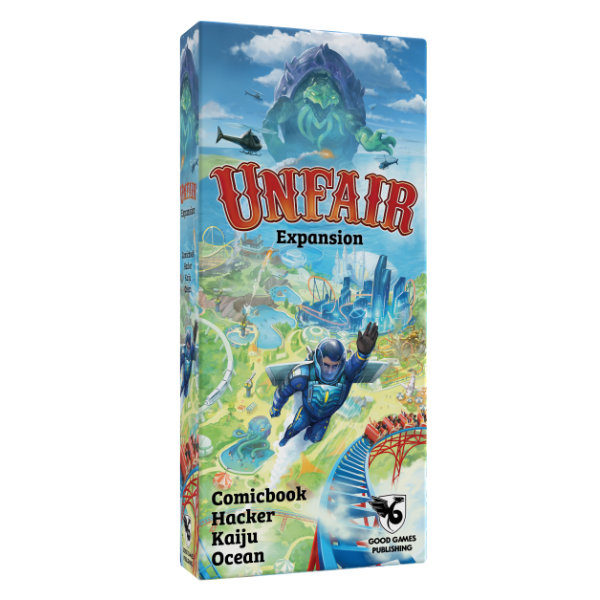