You are wrathful Greek gods. The faithless mortals are down there. And you have monsters. Get MONSTROUS!

This is Archaic Greece. Faith in the Pantheon is waning.

Zeus commands you gods to hurl your mythic monsters down, hit the faithless mortals' cities, strike fear into their hearts, and send them running back into the temples!

Throw your monsters with cunning, combining their powers with location and other monster powers. Wreak havoc, edge out the other gods, and restore the most Faith in the Pantheon so Zeus declares you the winner! 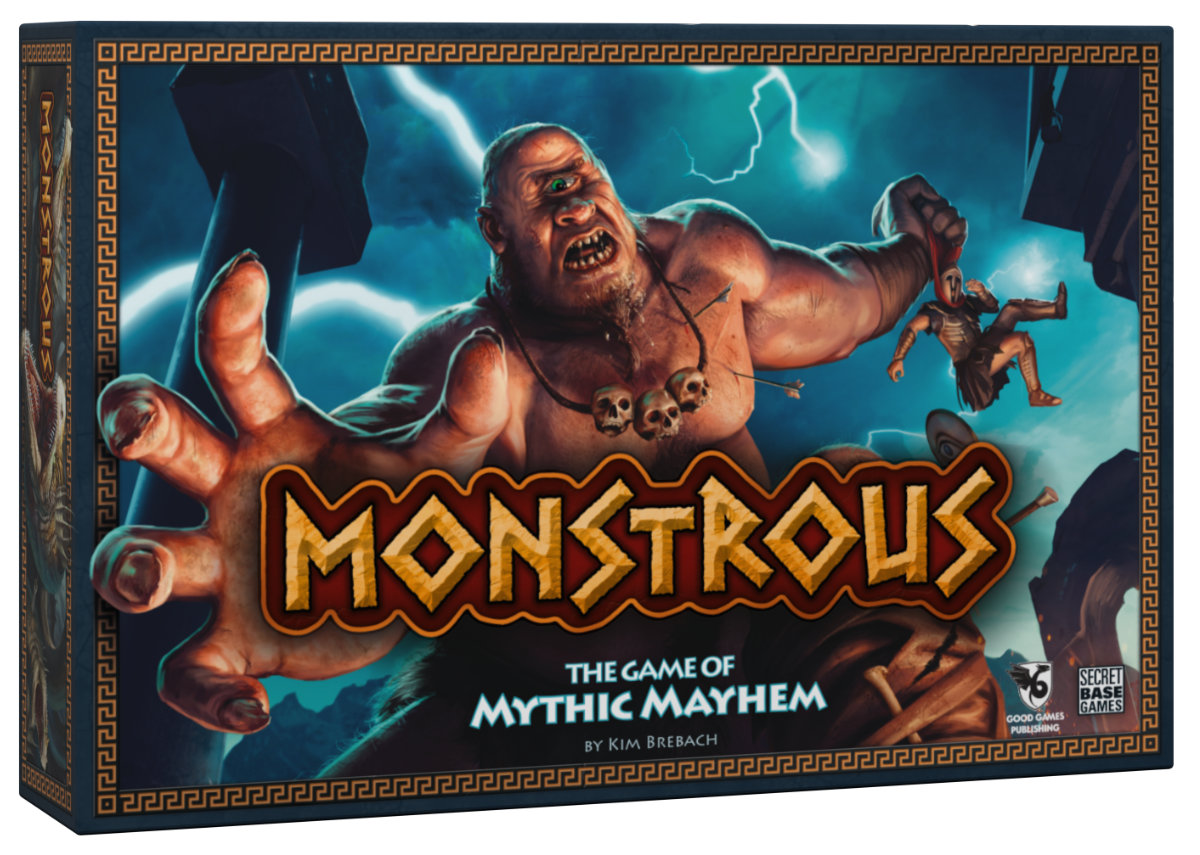 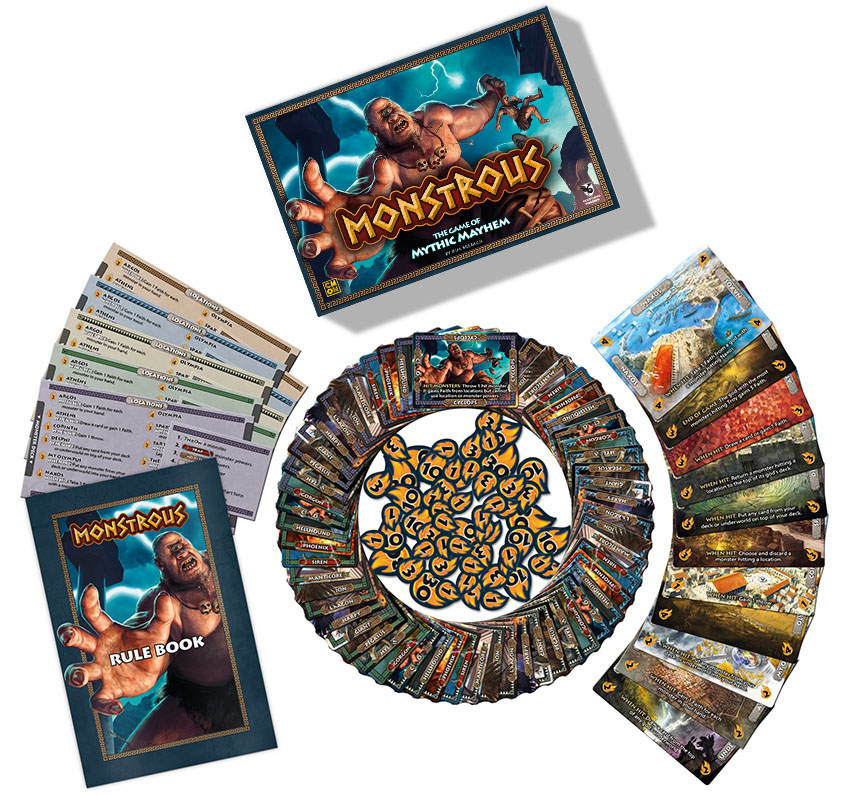 'Without a doubt, Monstrous is a blast to play and fits so many gaming milieus – family nights, casual gatherings, bonding with the kids, party game, filler or even a strategic battle amongst serious gamers.'
I slay the Dragon - Full review

'Monstrous is just good fun… The game was always interesting. Each card toss became exciting and menacing. The players ate it up.'
Father Geek - Full review

'A stellar game play experience with incredible art that pulls you into its world - Monstrous will be immense. 9/10'
David Harding, Grail Games - Full Review

'Monstrous is an exciting brawl with fantastic art and tricky game play that I have had a blast playing. I can’t recommend this game enough.'
Rob Cramer, Giant from the North 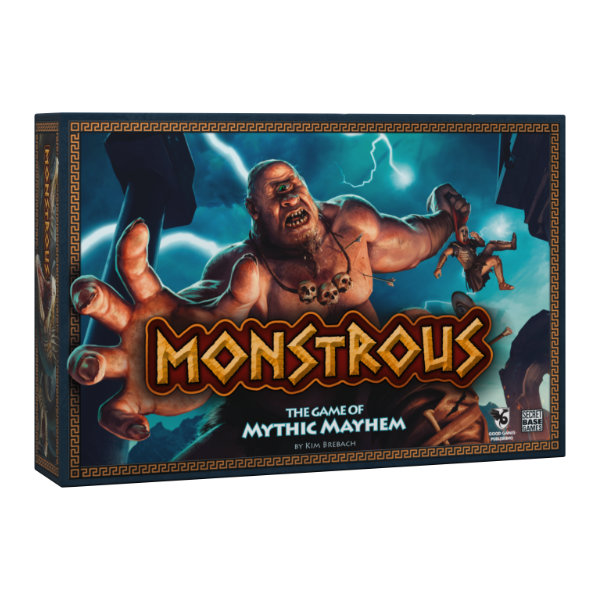